Lua's Prey update is all about [Grendel] Rework. This fat guy literally went from zero to hero. Not only did he become a "killing machine", but also the changes that took place in him made him one of the biggest tanks in the game, and a solid Warframe for a level cap. 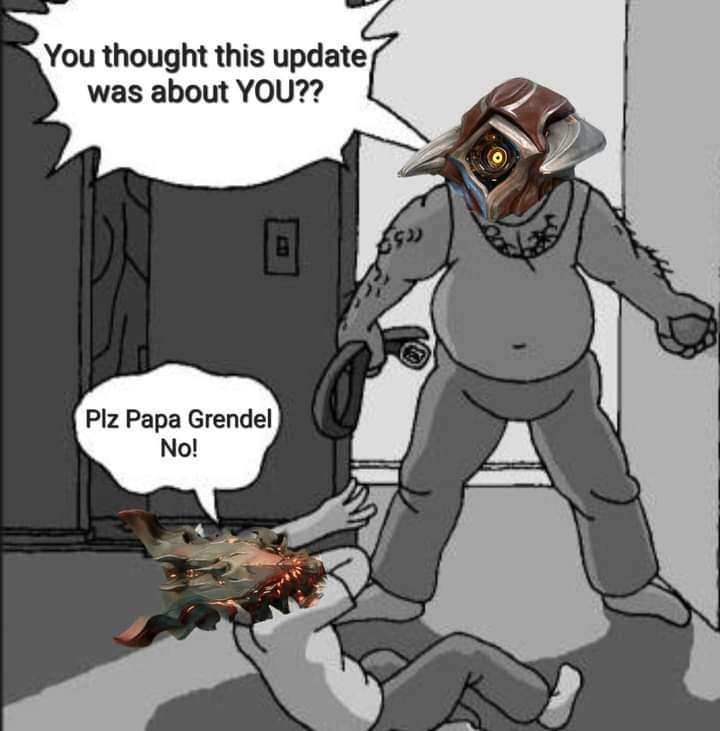 I used Aura Forma to freely use any Aura.

You can use any other Aura you like, here are some examples:

Any other Focus School for whatever reason you want to achieve

You can find some weapons, that will synergize with his kit, any Status Sprayers are always welcome, also Primers, for melees - nothing specific

[Grendel]'s rework made him a very solid pick for Long Endurance Runs. Before the rework, he was seen as a Warframe meme, the current situation is completely different and has completely changed the way people look at him. As I mentioned at the beginning, [Grendel]'s Rework is a perfect example of "from zero to hero".