[Nidus Prime] is one of those Warframes, in which I used up to two Umbra Formas. Why? Because in my opinion, he is almost perfect. There are really few such Warframe with such an excellent mechanic and such a wonderful synergy between skills.

[Nidus] can deal enormous damage, crowd control like no one business, strengthen himself and allies, heal.

He is an ideal choice for almost every kind of mission, almost, because on Spy he is the same level as the log. I do not say that he can not finish Spy Mission, but his skills are not useful there.

So I used two Umbra Formas to adapt him to universality as much... Thanks to this you have enough space for a lot of combinations, you can freely change the build depending on the demand for a mission.

The road to improvement:

Start with this (0 Umbra Formas): 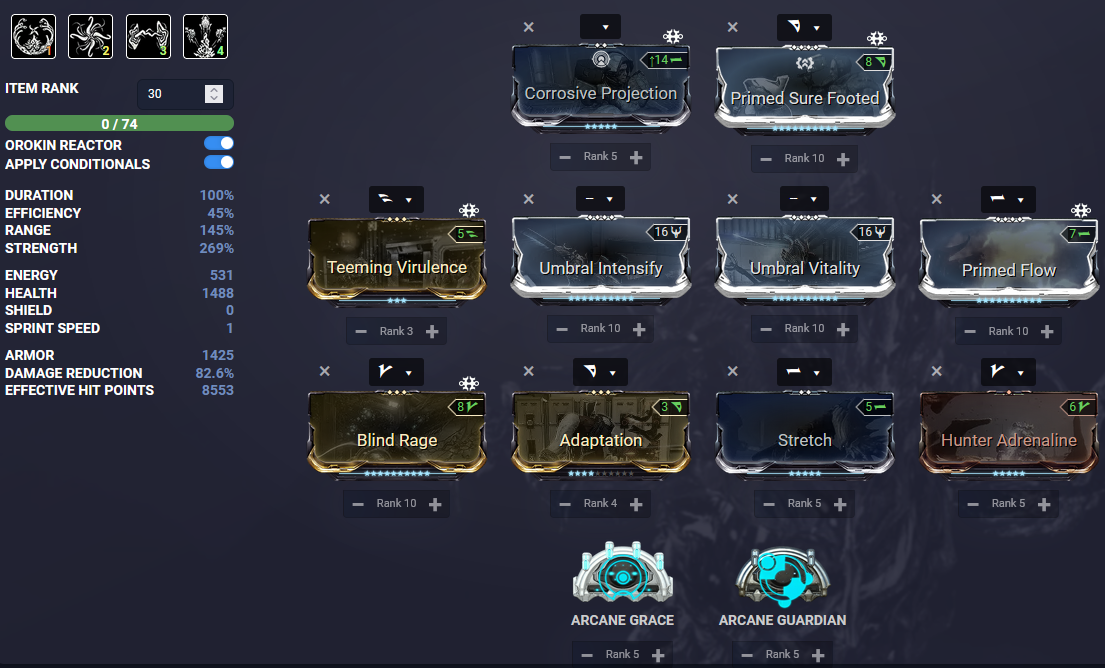 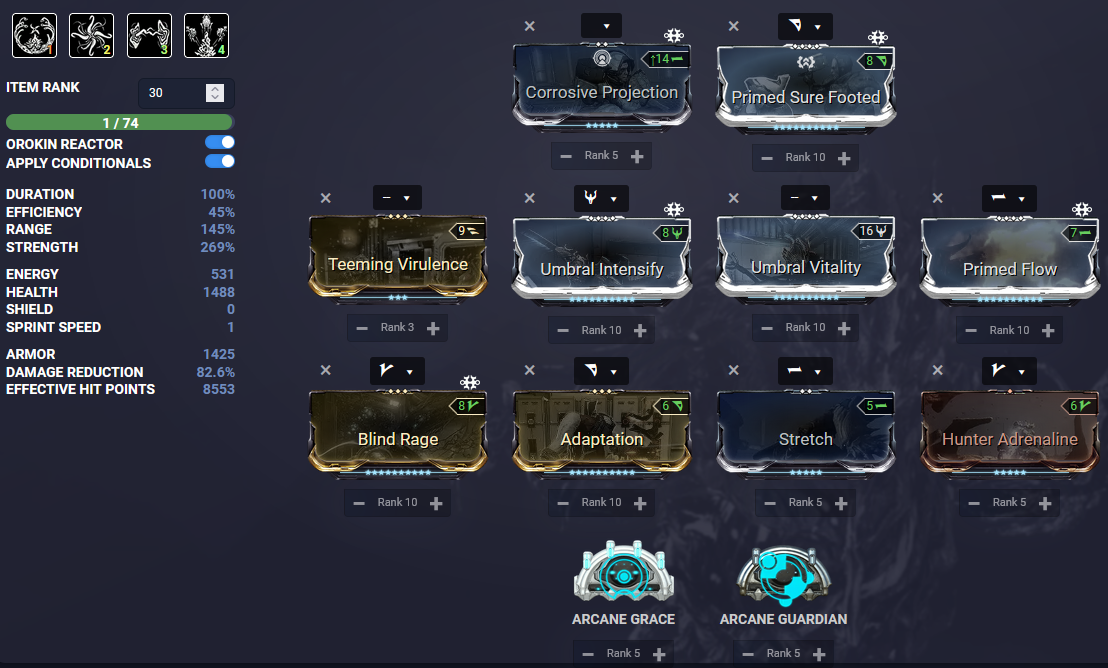 Do you want to go for longer endurance? There is no problem, the above build should fit perfectly.

Do you intend to take a few short and quick missions, but you also want to use skills? No worries, choose yourself an interesting augment or [Streamline] instead of [Umbral Fiber] and go with the flow (you will not need more survivability).
I do not recommend Abundant Mutation tho, it is a double-edged sword... in long endurance runs it boost your damage, but only to some point... but also it can make you dead in a second. Nidus don't have shields, so he can be one-shot easily, and 30s cooldown is just horrible.

Do you want to play a bit, in an unconventional build? Give him [Strain Consume] and fill the room with maggots.
About Strain Mod Set, keep that in mind that the Set comprises 1 Warframe Mod, 2 Helminth Charger Mods, and 1 Melee Mod. The Strain Mods do not interact with [Nidus]'s abilities or the maggots spawned by the Pathocyst.

I suggest Aura Forma in an Aura slot to change them depending on the demand of the mission. [Corrosive Projection] is just one option, but I may suggest Auras like [Enemy Radar], [Energy Siphon], [Growing Power], [Mecha Empowered] (for Mecha Set Mod), [Rejuvenation], [Shepherd], [Shield Disruption], [Stand United], [Swift Momentum], [Steel Charge].

I gave him [Primed Sure Footed] on Exilus, the reason is obvious, you will use AoE weapons, and you do not want Stagger. You are not always hooked up to the mob, Parasitic Link skill is mostly used when it starts to get really hot.

Atlernatives! The pact with the devil:

I suggest replacing Ravenous to Blood Altar ([Garuda]'s Skill), you will gain 73% Health Per Sec., so in principle, you become immortal for 20s. 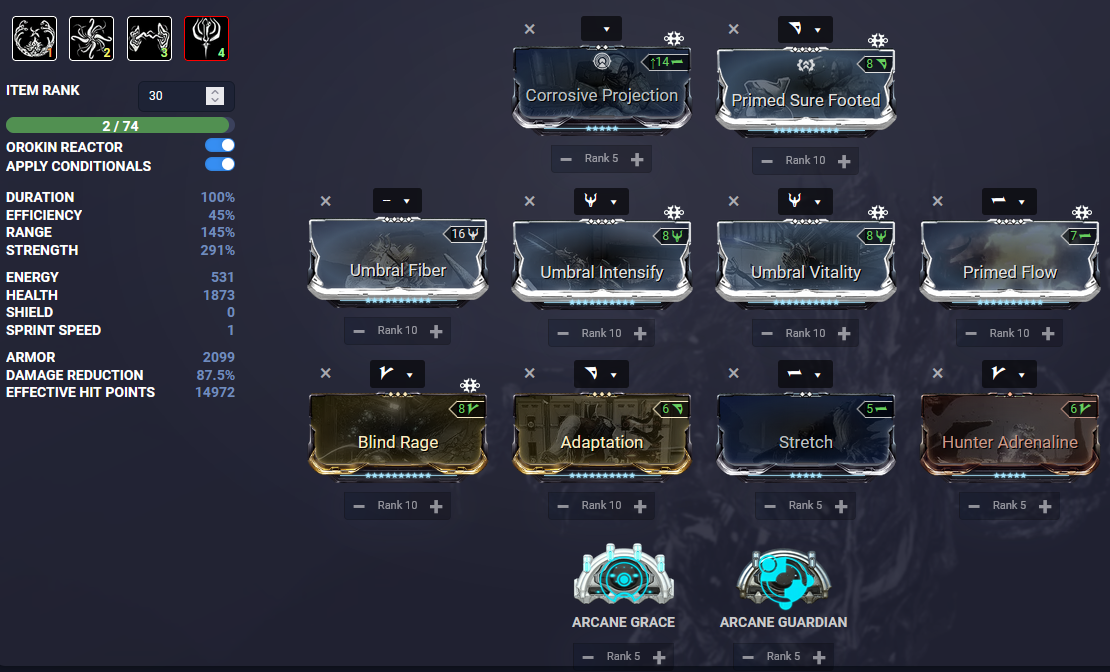 My other proposition to alter his skill is Larva to Ensnare (Khora's Skill), this one is a bit more Energy-hungry, but it has a greater Range, and allows you to cast skills several times without waiting for the first skill to finish, it also works great with Exodia [Hunt] and Magus Anomaly. What's more! Works great in tandem with the Parasitic Link skill. Ensnare, unlike Larva, stops enemies in place, which also allows for a precise headshot, which you won't do with Larva. 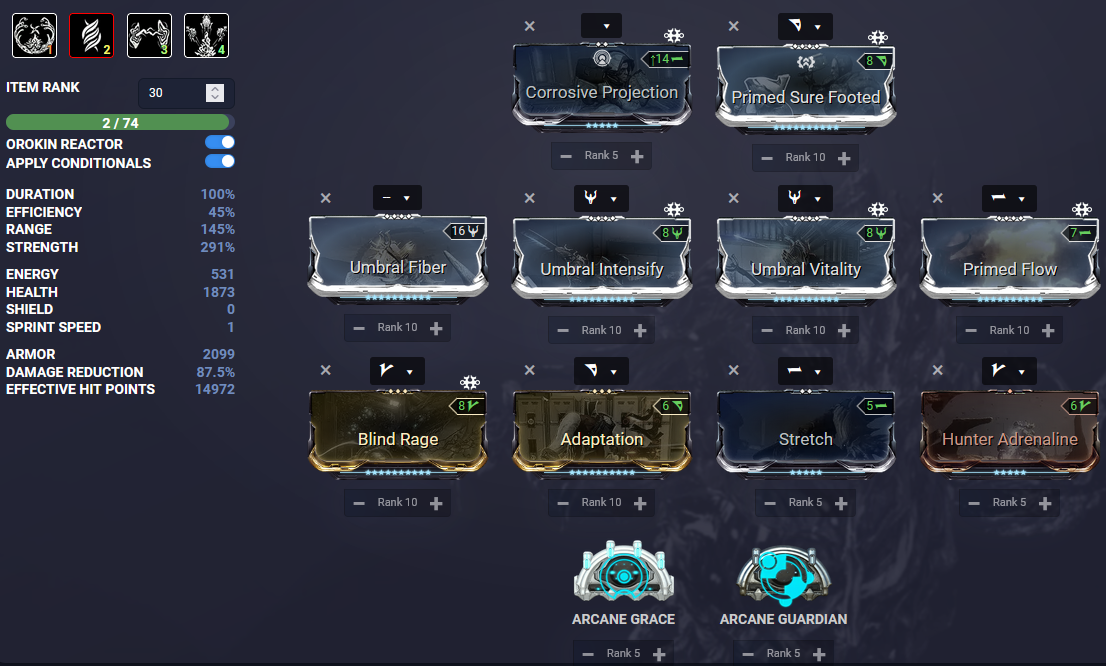 Nidus Prime guide by THeMooN85 updated a year ago

Nidus Prime guide by bubs updated a year ago

Nidus Prime guide by apocryphate updated a year ago

Nekros Prime guide by THeMooN85 updated a year ago